All Cry the Silent Noble Boulders 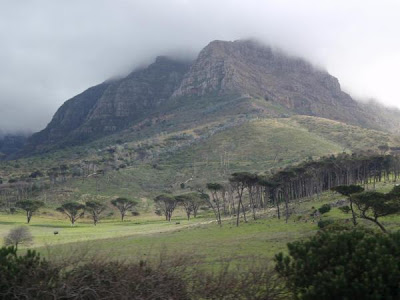 All cry the silent noble boulders,

Cry for a people all gone mad.
Where peace and love should solely reign,
You watch fear and violence spread and stain.

You’ve watched as laws of the land are made,
In this stunning city by the sea.
These laws are their safety net and their protection,
Should their leaders ever fall to powers corruption.

Now, having borne witness to the marvel of evolution,

The slow steady rise of humanity with its potential,
You now watch them descending into anarchy;
Because greed and fear is stronger than empathy.
How can they not realise that destitution drives crime?

How can people not realise that taking a life cannot improve their own?
How can one man glory in his wealth while ignoring another's suffering?
How can leaders put profits before their people's well-being?


So, pray your thanks to the howling wind and rain,
Which scours your surface and lessens your majesty.
For the faster the elements erode your greatness,
The less of this abomination you'll have to witness.


Here in Africa our story is one of continued struggle.
Having won the struggle against hate and prejudice,
Can we not work together for the betterment of everybody?
Knowing that only if all are happy, only then can we be happy.


I began writing this poem in June 2010 and it is probably my favourite of all I've written so far, but not necessarily the best, a strange combination. As such it was a really tough process to put it up and I'm sure I'll come back and edit it at some stage. (as I've just done 31/05/12 haha)

It grew out of one line that was going around in my head, "All cry the silent noble boulders," which I got somewhere from way back. But it became more than that, it fed into my anger at the way my homeland South Africa seems to be going and my thinking around why.

As such the 'noble boulders' the poem speaks of are those on Table Mountain and the hills around Cape Town that look down on the "stunning city by the sea".

What are your thoughts about both the subject and the poem?

A great photo taken from the sea fort showing just how the 'silent noble boulders' look down on the city.


Comments from the first posting: