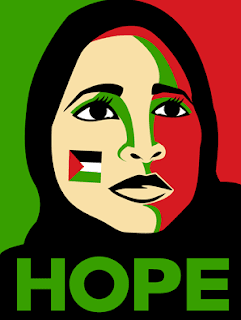 Hope stands at the altar,
The mic ready to carry his voice to the world’s people.
He is powerful; and frail,
A dark face against a dark suit.
You may not recognise Hope in this form,
But he is her none-the-less.
Spes and Elpis having played their part,
She simply has a different, darker, face.
Her harp, now a voice,
Slow and steady; self-assured,
Like the rising of the sun,
Hinting at the possibility of a beautiful new day.
But, Hope's enemies are as always present,
Greed and war, hate and ignorance.
The question, now as ever,
Can Hope overcome these foes?
This is the dilemma,
For Hope always brings with her, fear.
Fear that says, what if he fails,
That says, beautiful words but where are the actions
I fear, for I Hope,
And if Hope fails me,
It will hurt all the more,
For I had the audacity to Hope in the first place

Go an inkling who this poem is about, or no idea at all? You'll have to watch the video below to see!
I wrote this poem while in China working as a journalist and covering the election of a new president of an important country, who I thought personified Hope.
Hope: "the feeling that what is wanted can be had or that events will turn out for the best", the feeling that all our dreams are possible, that the world can be a better place where all are truly valued, that mankind could actually live in peace free from fear and prejudice.
The great image of another face of Hope above from the great blog Behind the Lines: Poetry, War, & Peacemaking

Below is a video of President Obama answering questions during the inaugural Ask the President 2012 Google+ hookup where everyday people could ask questions important to them:

Great little qoute:
“If a little dreaming is dangerous, the cure for it is not to dream less but to dream more, to dream all the time,” Marcel Proust.